We started Term 5 by learning the story of the Three Little Pigs.  We were impressed by how many of the children could retell the story, recalling the repeating phrases and the order.

“Once upon a time there was three little pigs and they were too big and they had to move into a different house.  Then one of the pigs found a man selling straw and he asked if he could have it and the man said ‘yes’.  Then the next pig found a man chopping trees and he said ‘please’, so he could have those and he said ‘yes’.  Then she went to find bricks, so she built house of bricks.  Then the Big Bad wolf came to the house of straw and he huffed and puffed and blowed it down.  Then she went to the other house and blowed it down and then another day the Big Bad Wolf came they runned to his brother’s house.  They slammed the door and that is it!”  Told by Paige 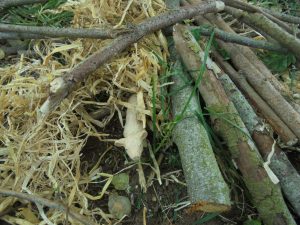 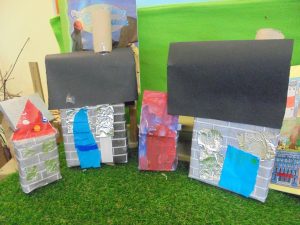 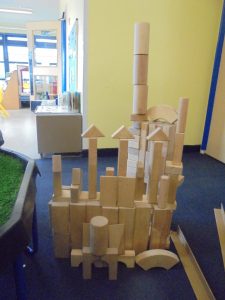 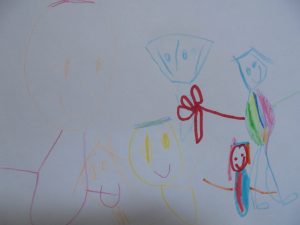